Lessons from the desert – leading through change

The story of the Israelites being led through the desert may be one of the best-known stories in the bible, but every time I come to it, I discover fresh meaning and strength for my current season. It has particular new meaning when looking at the dramatic and rapid changes that the COVID-19 virus has brought. Even though it references events thousands of years ago, there are many common traits with the church currently, and how the church (as one, collective, global body of Christ) is dealing with change, and how the leaders are needing to adapt to leading through change.

This story is not just an inspiring story, but it’s a roadmap for leading through change which can be applied to any generation and any setting, if we choose to look closely enough. In this week’s exploration of the lessons from the desert, I want to focus on one specific element of the story. Moses’ role in the story, and what we can learn of leading through change.

It currently feels like social media (particularly Twitter) has become like one giant house share – where people have become just a little bit tetchy with each other, and are becoming focused on what divides, rather than what unites. Sadly this is true across a number of sectors, including the church. This can be particularly difficult for leaders at this time, as they try to do what’s best for their communities and areas, whilst also grappling with (often) new tools to do it with, and different ways of engaging with their audiences, and working out exactly how would Jesus support and communicate today?

What was just a few weeks ago a community that relied on physical contact and connection, has now turned into a sometimes virtual world, where different people are at different stages of technical skill and ability, and yet all still have the same need for community and connection. A world that is easy to navigate if the leader has been given a vision of what this could look like, but, not so easy if the leader themselves is uncertain of this new world they now find themselves in. Leaders in every setting find themselves leading through change.

It’s into this perfect mishmash of turbulent emotions and uncertainty that we can walk directly into Exodus 15-16 and see people dealing with similar issues, fears and emotions. A bit like Mr Ben’s shopkeeper’s shop – we could put on the costume of the post-Egyptian Israelites, walk directly out onto the desert, and see a community who’s currently feeling very similar to our own.

It’s at this time, that it seems pertinent to take a fresh look at Moses. the reluctant leader (who needed to bring along his brother to speak for him) was given a clear vision from God of the change that the Isrealites needed to go through to get to the promised land. Unfortunately, the Israelities like so many of us, do not particularly like change. Just a few weeks ago, they were clamouring to leave Egypt, feeling put upon by their slave masters, and really, being taken for granted by one of the most influentical empires of the time. Now, we find them safely in the desert, but this change came by force, and the reality of losing the routines and structures on which they once relied upon is setting in.

Moses is in the thick of it, needing to lead from the front, on a journey that he has no idea what it looks like. He is however certain of his God, certain that his God will provide, and certain of the fact that God will lead them to the promised land. But it must have been difficult for him – to be leading the way on a journey that he had no clue of what the end would look like, and also leading a huge amount of people who were very quickly prone to complain and speculate even as the memory of the most recent miracle was still fading.

However grumpy the people around him became, Moses knew it was important to prioritise time with God to re-seek his help, and ask where he was leading. We know from the story that at points Moses doubted, but he knew that he needed to go back to God, rather than seek affirmation from the people. He didn’t rely on what the community wanted to hear, but he kept seeking God to find out what the community needed to hear. This is a paramount lesson we can take from Moses for this current time. Moses was having to feel his way through an alien desert, without really knowing what tools to use, and how best to keep the people going towards a land that he himself had never seen. However, persevere he did, and he kept going back to God to get fresh inspiration to keep the people moving forward to their new land.

I’ve recently heard a lot of people say that delivering a sermon (or even training) online is not the same as delivering in person, as it’s more difficult to read the audience, and I can totally understand that. But, there are some times, particularly when change is involved, we need to believe in the clarity of our message, and trust that we are being given what people need to connect with. To have the active audience taken away is a lesson in faith and a reminder that God will supply the messages needed at this time.

Once Moses had sought his clarity from God, he then kept re-stating the vision to the people. This wasn’t something that could be said once and then the Israelites would follow it for the next 40 years, but it needed to be constantly refined and re-stated throughout the journey. It also wasn’t given all at once.

While the Israelites were still in Egypt, Moses’ first message to them was ‘we need to get out of here’ – this was the first big change that needed to happen, and it took quite a while to convince people of this. For us going through the COVID-19 pandemic, this first choice of change has been taken away for many. For us, the message is ‘the landscape had changed, we now need to adapt’. Some leaders were more prepared for this adaptation than others. Saying this, it has been simply amazing seeing how many leaders have quickly risen to the challenge of adapting – how they adapted to still bring care to the neediest in their communities, and how they’ve sought to adapt to bring a fresh expression of what ‘church’ looks like at this time.

moses learnt that change is difficult, and people take time

As we go further into the Israelites’ journey through the desert, it becomes clear that some are never going to subscribe to the vision until they see it. This must have been tricky for Moses, to know that he had to keep coming back to re-stating and re-sharing the vision with the people, to help keep them moving along the way. What Moses also needed was an implicit trust that his God was leading him in the right direction. Once Moses had sought that clarity each time from God, it was then up to him to come back and present this with conviction to the Israelite community.

For any leader, this can be a hard but required part of leadership. To clearly carry a vision, and to stay with that vision until others start to see it too. For many, this can often look like carrying a vision of the landscape that few others can see,and walking along at the front in the hope that others would follow.

It’s worth noting that two things happened from the people’s complaining:

The Israelites’ complaining kept holding them back, and they kept wanting to stop. The challenge of the change was just too hard for them to embrace it, and they kept trying to settle for a temporal comfort of stability, even if that did look like staying in an inhospitable desert for longer, when their promised land wasn’t far away at all.

He didn’t say ‘ok, it’s too hard, we’ll just rest here for the next 40 years’, but he kept going back to God, and following when God said it was time to move on.

It can be tempting when dealing with change, to want to move at the pace of the slowest adopter. In my mind, this is a huge mistake. Yes, we need to bring everyone along, but, unless the leader is helping some people to start to model out what the change looks like, those who are unable to see the potential, are never going to be able to see it, as often slower adapters need to see something modelled out first.

Although it must have been incredibly tempting – Moses didn’t take the people’s complaints personally, he took them to God.

When we meet the Israelites at the beginning of Chapter 16, (in the same place I wrote about last week) , they are a month into their journey, and they are not happy. They have lost sight of the fact that they no longer are serving their overbearing overlords, and are instead focussing on their pain points of the present day. At this time they have first been miraculously provided with clean water, and have now turned their minds to food. Instead of using the miracle of the previous week to inspire them to ask Moses to ask God to provide, their actions quickly turn to grumbling, and complaining that they would be ‘better off dead’.

It would have been very easy for Moses to take all of the grumbling personally. To see the people’s grumbles at their discomfort as a personal attack on his leadership style. And yet he didn’t. And that’s what keeps him going.

Moses is encouraged by God to keep going, and is equipped to do so. When the people’s complaining gets too much (as it often does throughout the journey through the desert), he takes it to God, and asks for his help and support. He doesn’t make it allow him to wallow, and he also doesn’t get defensive. This is a hugely humbling lesson to take for anyone leading through change. It can be so easy to take comments personally when a vision that you can see so clearly gets questioned by others, and yet, time and time again, Moses models out the strength that is found in taking this back to God, and not taking it out on others.

We don’t know what church will look like in the next few months and years that lie ahead, but we do know that we need leaders that believe change can be possible and are committed to seeking what that change could be, and constantly re-stating the vision to bring others along.

One thing I am certain of, is I pray that the journey doesn’t lead us back to the start, but it does take us on to a new destination.

If you’re interested, I shared a few thoughts on what the church could look like after lockdown in a recent blog.

There will be another lesson from the desert next week. 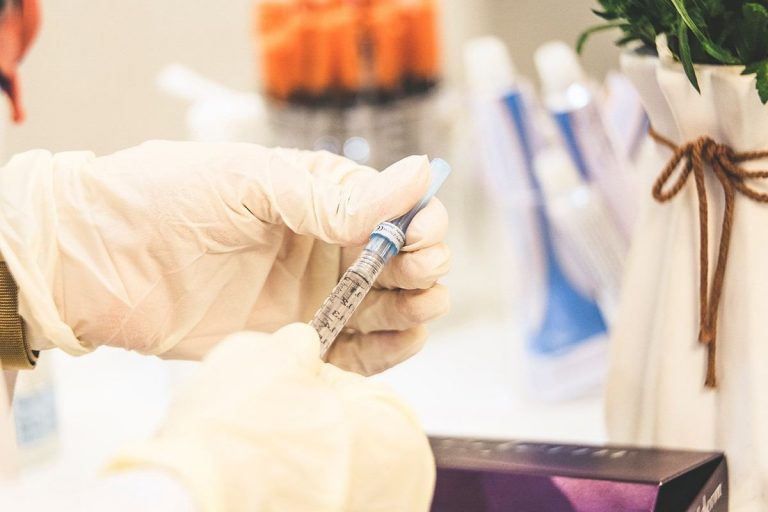 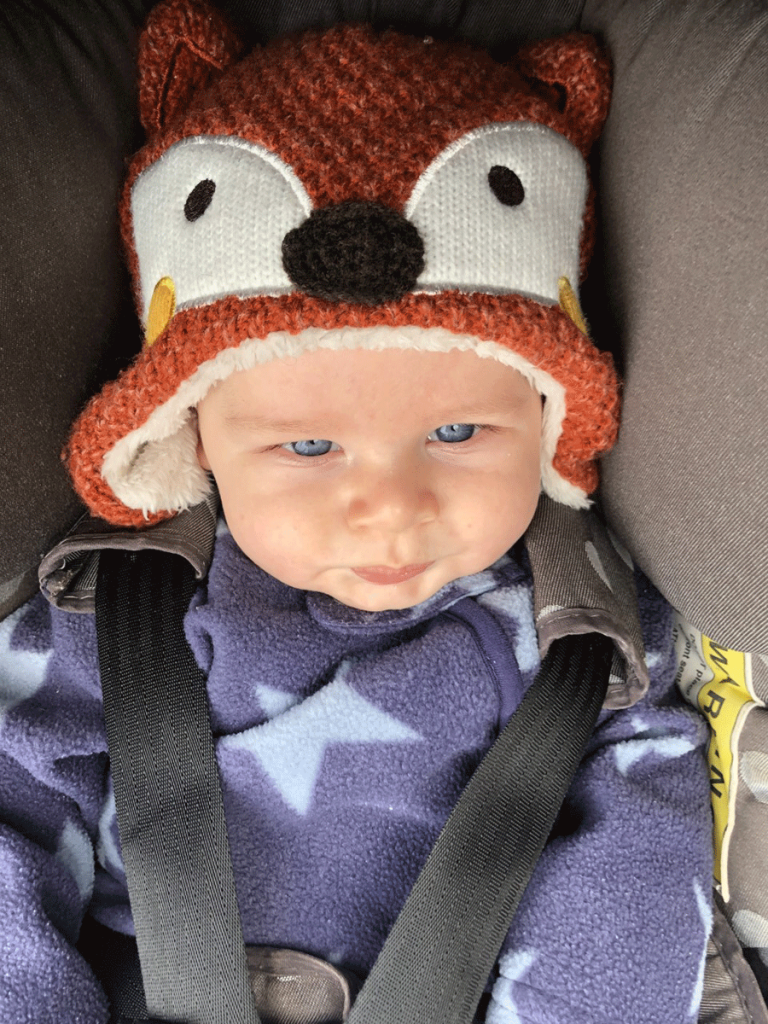 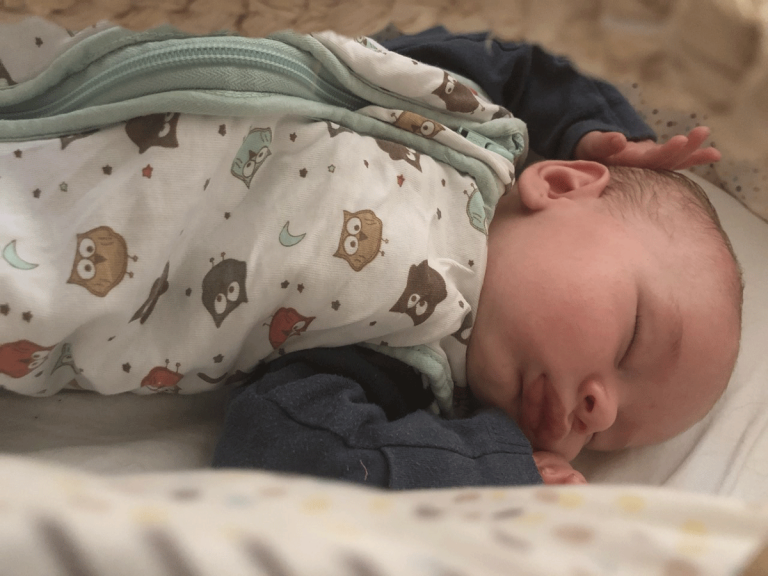